A treasure of knowledge as posted on blog.reprap.org was collected by Gary Hogdson, which I host here as well for archival purposes:

He eventually iterated to “Prusa i3“ May 2012, which became quasi standard for low-cost FDM 3D printers.

Back in 2013 volunteers around Paulo Goncalves published 3 issues of the RepRap Magazine in PDF format – in 2018 those issues are hard to find (in particular issue 3), so I thought to republish them here with its original Creative Commons CC-BY-NC-ND: 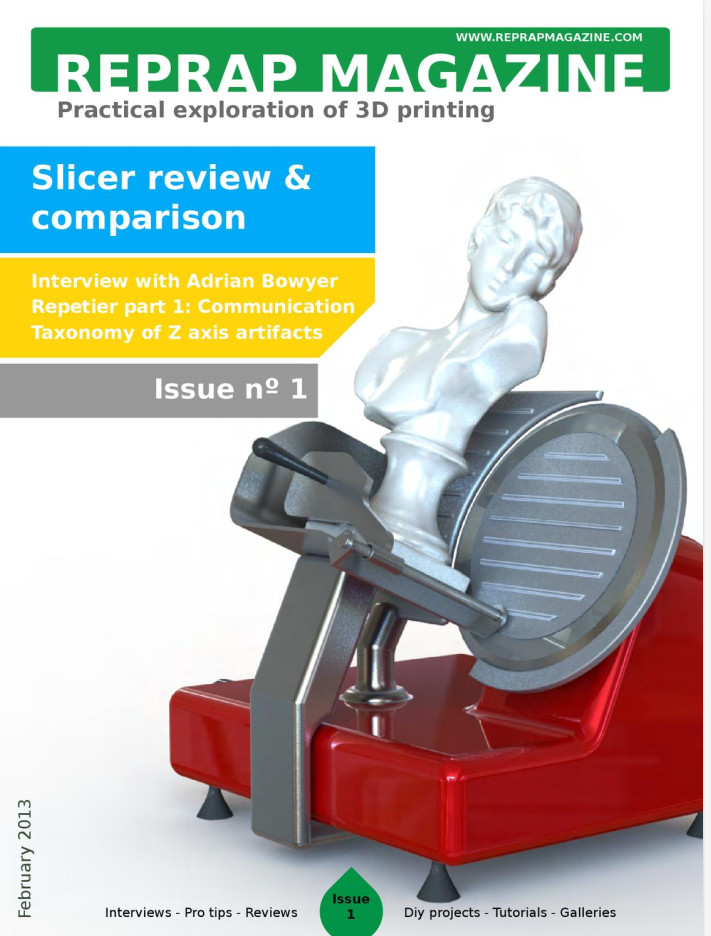 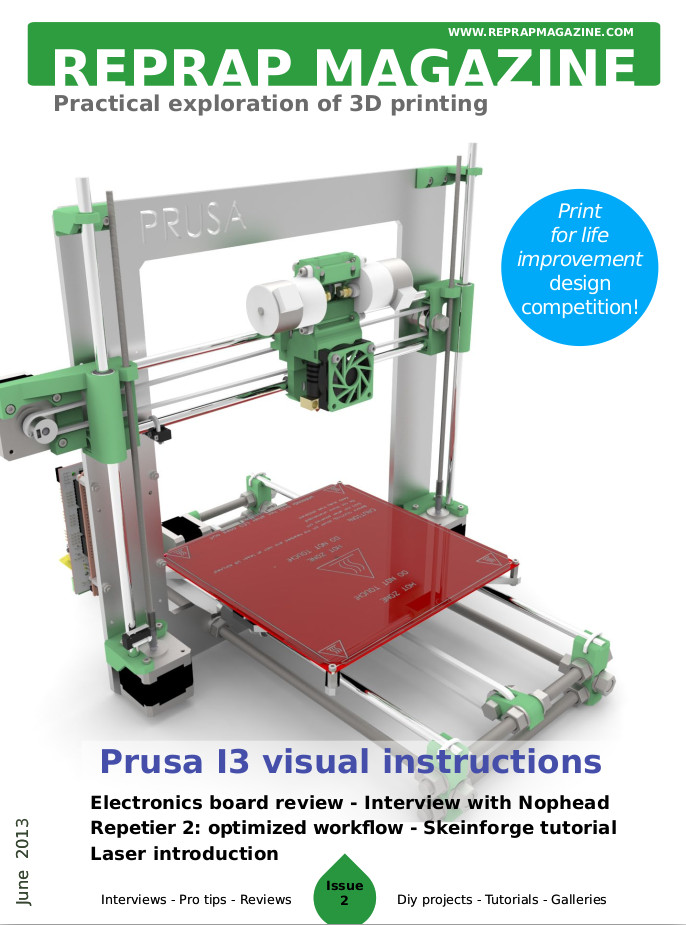 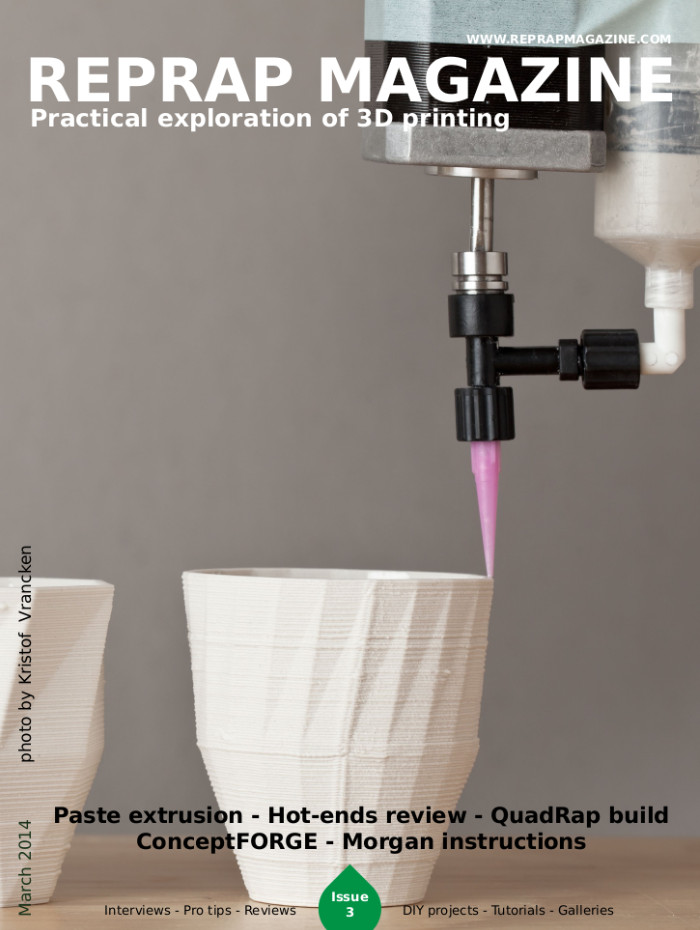 Although the issues are 5+ years old, some articles are still relevant and interesting to read.